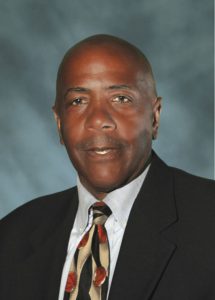 How can you impact the lives of thousands of children – Believing in them, being a friend, mentor, role model and occasionally pushing them outside of their comfort zone, according to Doug Peoples who has been helping Norwalk kids improve their lives for nearly four decades?

“It’s tough for kids to figure out the right path on their own,” said Peoples in a recent interview. “I have seen a lot of kids with potential but just don’t know how to get there.”

Growing up in South Norwalk’s Colonial Village was fortunate to have someone in his life who pointed him in the right direction.

“Richard Fuller kicked me off the playground at Colonial Village one summer,” he said of the former George Washington Carver Center director who would later hire him to teach a karate class. “That woke me up. I couldn’t go back on the playground until I straightened out.

After graduating for Norwalk High School, where he played baseball and football and ran track, he attended college in Iowa, and eventually transferred to Central Connecticut State University, where he was a defensive back on the football. He also joined the karate club on campus as a way of staying in shape during the offseason.

Peoples, now in his 60s, is an 8th degree Black Belt in Tang Soo Do karate, a Korean martial art. He has been a member of the U.S. Team with the highlight of his career coming when he won a national karate championship and a silver medal at the world championships. But according to Peoples, giving back to his community and helping kids is his biggest life accomplishment.

For nearly 40 years, Peoples has helped kids use their athletic abilities to pursue their college dreams, but he also gets them to focus on getting good grades and having a positive attitude.

In 1978, shortly after Peoples returned to Norwalk his life came full circle when he began teaching a karate classes at the Carver Center. The following year, the Norwalk Recreation and Parks Department asked him to teach youth and adult classes a couple of times a week, where he still holds classes today.

While Peoples enjoys teaching karate, he enjoys providing the city’s youth with something even more valuable: A sense of discipline and life skills that will stay with them the rest of their lives. In some cases, it may even turn someone’s life around.

“My personal goal is to get as many kids off the streets as possible and into college as I can,” explained Peoples, adding that it’s important to get to kids early enough, between 8th and 9th grades, so they can find a way out and figure out life for themselves.”

Case in point is Shannon Singleton-Bates, a gifted basketball player from Norwalk High School. Peoples and other adults saw a talent that would take her further, outside of Norwalk, to college and beyond.

“She would definitely say I was a pain in the butt,” said Peoples, who made Shannon fill out scholarship applications and put her on a bus to Francis Marion College in Florence, South Carolina.

“It was definitely outside of my comfort zone,” said Singleton-Bates. “But if you don’t take a chance, you’ll never know what’s out there.”  Singleton-Bates ended up with a four-year basketball scholarship to the college and received All-America recognition for three consecutive years.

After graduating in 2012 with a degree in sociology, Singleton-Bates was happy to return home to Norwalk. She is now working at the Carver Center as a recreation coordinator, running a preseason basketball program for high school girls and serving as a mentor and role model for the next generation.

“It’s important to give back,” she said. “Often times, adults see something in a kid that they don’t see in themselves…it’s our job to point it out and help them find their dreams.”