Norwalk ACTS was initially conceived as a coalition of leaders and organizations to proactively address suspension rates in the Norwalk Public Schools, aspects of No Child Left Behind, and the fact that Connecticut has the largest achievement gap in the nation between low-income children and their more affluent peers.

The Norwalk ACTS membership grew quickly, and its core team—the Mayor, School Superintendent, Executive Director of the Norwalk Children’s Foundation, Chair of the NAACP, Chair of the Early Childhood Council, President of the Teacher’s Union, and President of Norwalk Community College—developed a strategic plan to help close the student achievement gap in Norwalk.

Stepping Stones Museum for Children was chosen as the Anchor Entity for Norwalk ACTS. Norwalk ACTS moved from a full volunteer operation to a staffed organization, and became one of 53 communities within the StriveTogether Cradle to Career Network to be designated as a community “Committed to Quality.”

All six of Norwalk ACTS’ original Community Action Networks (CANs) acknowledged that working within the context of summer could impact outcomes across the cradle to career continuum. Instead of each CAN building action plans around summer separately, Norwalk ACTS launched TEAM Summer — a partnership of summer learning providers and community members, working together to ensure that our city’s children are learning, experiencing, and discovering during the summer months.

Norwalk ACTS’ Membership signed an updated Memorandum of Agreement (MOA), signifying its commitment to the partnership, Norwalk ACTS’ mission, the principles of Collective Impact, and the StriveTogether methodology.

Norwalk ACTS moved out from its original anchor organization, Stepping Stones Museum for Children, into its own space as part of a movement towards organization independence. The organization applied and was granted an invitation to StriveTogether’s Social Emotional Expert Convening in San Antonio. In March, the 2018 Impact Report was released.

Anthony Allison retired, passing the torch of passion, commitment, and relational connectivity to carry on. Norwalk ACTS participated in a rigorous annual assessment process by StriveTogether and advances from a “sustaining partnership gateway” into the “systems change gateway.” To meet the rigorous requirements of the “systems change” milestone, Norwalk ACTS re-organized staff and added several new backbone positions. 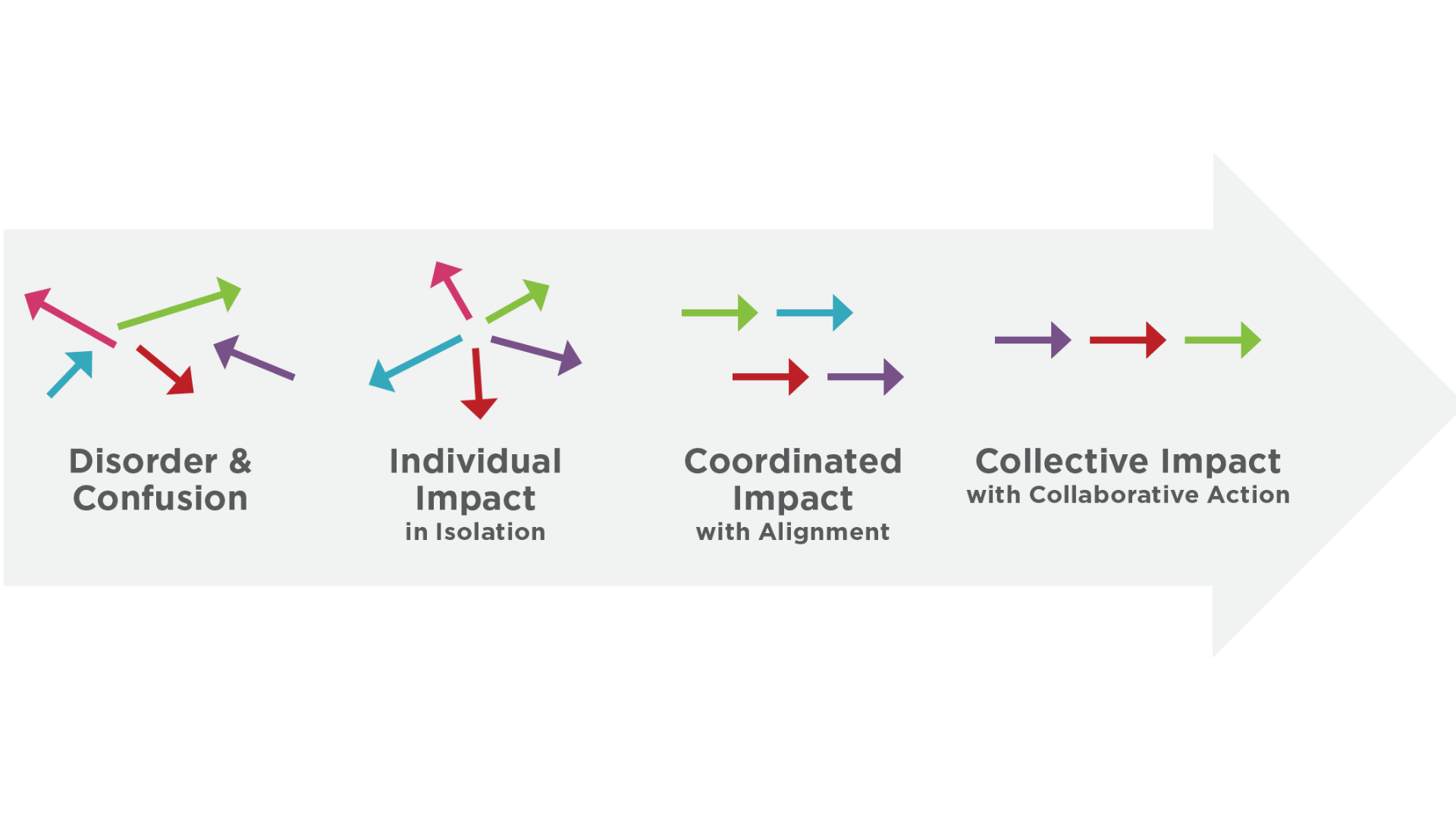 The 5 conditions of collective impact adopted by Norwalk acts